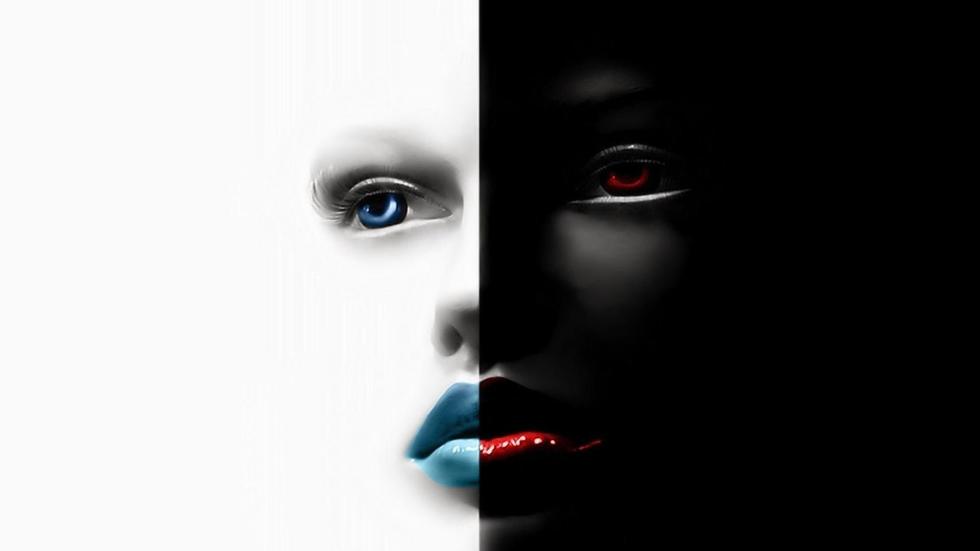 Sarah scrolled down her Spotify feed and finally selected her favorite playlist by Billie Eilish. She turned up the volume of her earphones way past the red zone as she sipped a glass of warm milk. Sarah was working on her latest creation - Hannah. She reached into her bag of mementos and frantically rummaged for her sister's lock of blonde hair. She pulled out her late uncle's pack of cheap cigarettes and felt a surge of incredible pleasure ripple through her, barely missing an orgasm. "Poor uncle Sam, why did you have to go and think with your dick?"

Sarah finally found her sister's lock of hair - the last piece to her masterpiece. Her sister was now complete. Sarah set her sister in the centre of her shelf as her prize in the doll creation. She could feel the sensual pleasure erupt in her as she relieved the episodes that led to first handmade doll.

Sarah had come out first. She was the most delightful baby her parents had ever seen. Regardless of parental bias, she was a ball of joy and sunshine. Her sister Hannah came second. She was slightly smaller but generally the same as Sarah. They shared the same genes anyway. They were two peas in a pod.

Seven years later, Jessica and her husband John got a divorce.

Jessica was a hot blonde in her late twenties. She had a symmetrical face with high cheekbones and a killer jawline. Men would tumble over each other trying to hit that. John, on the other hand, was an average-looking thirty-year-old workaholic already in the late stages of balding. None of that matters though when you're pulling in a six-figure paycheck. Seven years into marriage. Jess (as John loved to refer to her as) and John had hit a rough patch. They had tried everything to no avail until they walked into Dr Matt's office. John felt it was necessary to consult a couple's therapy so he went to his old buddy from college- Matt. Matt was his best friend in college and naturally, he was John's best man at his wedding. John never thought he would need Matt for couple's therapy.

Jessica thought John wouldn't be back home for another few hours. Apparently, John left early to surprise his wife. It was their tenth anniversary and he wanted to do something special. He had planned to recreate their honeymoon. John walked into the room wearing a huge smile clutching two tickets to Hawaii. "Surprise!" he shouted gleefully before he realized what was going on. "Matt? Is that you? No! This can't be happening!" John cried as he fell to his knees. The wife was getting laid by the couple's therapist in the husband's bed all along. Hannah went with John while Sarah stayed with Jessica. They were only seven.

Jessica changed men as often as characters in her favourite show died. She would probably die a happy woman if someone did to her what Podrick did to those dolls. Probably... Jessica told Sarah that those men were her uncles. By this time, they were forced to live in a small rat-infested apartment in a sketchy-looking corner in Eastside. There were only two bedrooms separated by a six-inch plasterboard wall. Sarah learnt to sleep to the sounds of her uncles' merry-making as well as her mother's unrelenting snoring. Her mother worked most nights. Moaning was Sarah's lullaby growing up and she hated it. She cried herself to sleep night after night until she didn't. Her eyes were way too sore and dry to cry. On the other hand, Hannah's father was reading bedtime stories to his sweet little angel.

The doorbell rang at around seven o'clock. Jason was wearing a well-fitting black suit that he had rented for prom. He greeted Hannah's father following all the pointers his best friend-cum-relationship coach had walked him through. "You look beautiful, Hannah." Jason said as he checked off 'compliment her' from his mental list. Brian had over-emphasized this point. John couldn't be prouder. His sweet little angel was finally growing up and most of all to Jason.

"My parents are out of town. I'm home alone," Jason said in the sexiest voice he could master but it just came off as creepy. It's not like it mattered. In Jason's room were two virgins with not a single clue of what they were doing. Hannah was an uptight seventeen-year-old girl with straight A's. Jason was an over-achiever quite frankly way in over his head. When it came to courage, you could say he had the biggest cock of all the unsullied army and that's not saying much. He barely knew how to put on a condom. Ah, yes! Here comes that scene that makes you cringe so hard that you can hardly look at the screen. Jason and Hannah sat on the bed desperately avoiding eye contact as the silence chocked them. It looked so much easier in the movies. They made Morty not look like a sore loser and again, that's not saying much.

"Take the bed. I'll go to sleep in my brother's bed. He's off in college," Jason said as the sweat dripped profusely from his palms and armpits. Hannah finally removed the stick out of her butt and pulled Jason towards her. Biology took over just like Brian said. Clothes flew across the room strewn on the floor as they kissed frantically. Hannah took the lead with her newly-found confidence (or maybe it was just the oxytocin). Hannah's tongue gently caressed Jason's body, from his lips to his groin; she took him in her mouth and made sensual love to him like a caged tigress. They had this synchronicity and rhythm that elevated the experience to Stan Smith's Satisfaction Avenue. They became one that night, in body and mind.

Meanwhile, seventeen-year-old Sarah was castrating Uncle Sam's member. Sam was Jessica's regular. He took notice of Sarah's nubile body and he wanted her badly. By this time, Jessica was a wreck of her former self. She had gained quite a few pounds of the fat variety. She had scars of her arms and face from the syringes and uncles respectively. She was sad and angry so she took it out on poor Sarah who reminded her how time had been unkind. She referred to Sarah as 'freak'. When Sam was done with Jessica, he would go to Sarah's room and watch her sleep. He had these fantasies of what he would do with her. One night, he took Sarah by force, beat her senseless and into submission. The third night, Sarah slept with a kitchen knife under the pillow.

Sam grew hard as he approached Sarah. Little did he know Sarah was wide awake. She slashed his one-inch wonder while he was hard. He bled out as he screamed in the most excruciating pain a man can ever experience. Jessica never woke up. Her vile of opioids had hit her hard. That night, Jessica buried Sam's decapitated body in the garden as fertilizer. She always had a sick sense of humour. She proceeded to burn the bloody clothes and sheets in the fireplace as well as any of Uncle Sam's belongings. However, she kept his pack of cigarettes in her memento bag. She pulled out one cigarette as she stared at the garden. "What a lovely garden!" Sarah grinned.

Sarah and Hannah always visited either parent once a week. That was the agreement of the divorce. The birthdays were always celebrated at Jessica's. It was an annual ritual John dreaded. Whenever he saw Jessica, the grotesque image of her and Dr. Matt seared in his mind. This year, it was the 18th birthday. It was a cold April night with a daunting full moon. Hannah was dressed in a pink dress that accentuated her attractive figure. She had grown into a stunning young woman with a bright future ahead. She got accepted into a prestigious medical school that had offered a full scholarship. Sarah also wanted to be a doctor but chickens also want to fly.

Sarah dropped out of her last year of high school. The official story was that she willingly did so. In reality, she had been involved in an affair with her physics teacher. In exchange for sexual favors, she would get an A in physics. Teacher Spencer's wife confirmed her suspicions when she looked at Spencer's phone while he lay in bed, spent and fast asleep. An array of explicit pictures and texts broke her heart so she set out to break Spencer's career and reputation. However, the reality was grossly overlooked to avoid scandal. Instead, Sarah took the fall. Besides, nobody cares about the stoner with grades in the toilet, right?

When dinner was over, Sarah invited Hannah to her room. She showed off her taxidermy collection and bragged about how she kept trophies of all the animals she had killed. The neighbor's dog went missing two months earlier after Sarah baited it with dog food mixed with chocolate. "Dogs deserve dessert too," she thought. Well, the proof is in the pudding. Riley, the neighbor's dog, was preserved in a mummified state and lay on Sarah's trophy shelf. Hannah could hardly hide her disgust. She nearly puked at the sight of mummified Riley. "Here, have some water, we don't want you vomiting on your amazing dress." Sarah said. "Never accept drinks from strangers. You took everything away from me so I am going to take everything from you. Happy death day Hannah."

Five minutes later Hannah lay unconscious on the bed. Sarah grinned sheepishly as she undressed her sister and wore her lovely pink dress. She pranced in the mirror admiring her new outfit. Sarah cut off a lock of Hannah's hair and put it in her memento bag. Sarah took care of a few more things before she went downstairs. "Hannah isn't feeling well so she went to bed. She gave me this bag as a gift, daddy." John sighed as it dawned on him that his daughter would never outgrow her imaginary friend. Besides, the doctor had told him that dissociative identity disorder is incurable. "Goodbye mother, goodbye!" Sarah said in the sweetest of voices.

Sarah slept in Hannah's bed that night in her new pink dress like it was a second skin. The next morning, the incident was all over the news. The headlines read 'Eastside apartment burns in an electrical fire killing one'. John cried and wondered why he sobbed for his ex-wife Jessica (as he referred to her after the incident). Anyway, at least he had his daughter, Ana, even though she had two identities- mother's Sarah and father's Hannah. Sadly, therapy didn't work for shit. Later that day, Sarah went through her bag and pulled out a fuse. "Thank you, Mr. Spencer for the extra Physics lessons," she thought. Sarah pulled out some of Jessica's syringes and an empty vile of rat poison. "You always said the rats would be the death of you. Goodbye mother, good riddance!" Sarah grinned evilly. Finally, she pulled out Hannah's hair and began her new creation. "Next stop is college. I first have to take care of John for abandoning me. Next time...," Sarah said as she sipped her glass of warm milk.