On All Girls Being The Same II 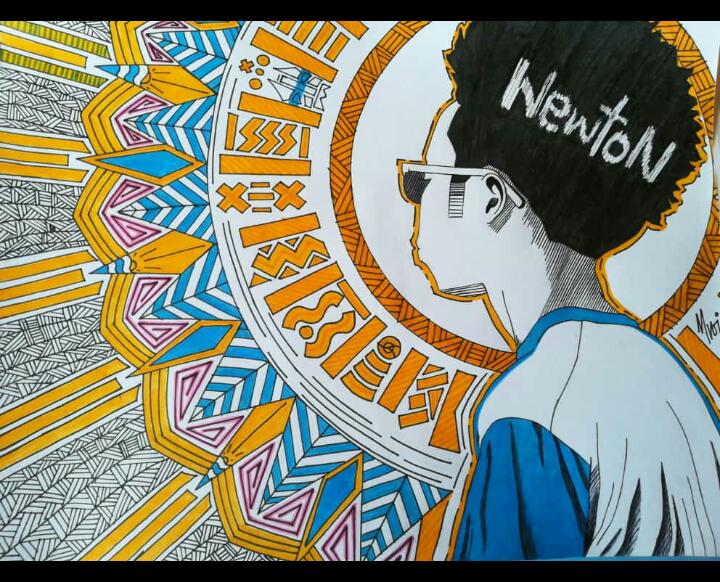 And yet again, another article about love. It truly is a funny feeling. This love. So vague, so empty, nothing visible nor tangible. Virtual. That's the word I was looking for. Teenage love is the best, if you ask me. So innocent. People are so ignorant about other factors. Money, life goals. The tangibles are never a consideration. As things laced with ignorance always are, its blissful. Breathtaking. Suffocating.

Notice the bitterness in the last adjective.

But, contrary to your expectations, this is not about me. It's about a friend. A good (sly smile) friend.

Have you ever had a story so interesting you honestly don't know where to start? There is no climax because honestly, every single part of it deserves a highlight. Or maybe I think too much. Maybe I know him too well so that I have so many different dimensions of him in my head. Way too many theories.

Ignore the former paragraph. I've got him mixed up with someone else.

He says girls bore him. He says that he finds no female in our 500-student class attractive. There is one I know he has an eye on but she is taken and let's be honest, I have never told him this, but he has zero percent chance with this female. Maybe that's what makes her appeal to his weird tastes. She is unobtainable, an object of his fantasies. A safe crush because he would never get a shot with her. He will never find out her imperfections and therefore the image of perfection in his head shall never be tampered with. I am not trying to be a shrink. Side note, I have been told on several occasions that I would make a great one but I am really not one to boast so...we'll let that slide. Anyways, in my almost professional opinion, it's a typical case of wanting the forbidden fruit. Let's call her wish. If you get my supposedly childish sense of humor, you have smiled. If you haven't, you are too old and too mature to be reading teenage blogs.

Then here comes the second female. His safe spot. They dated for two weeks. He says that their flame died as quickly as it had come. I don't think so. The flame might have died, but there is still a constant glow exuding warmth galore that keeps the both of them tethered to one another. She is one of his closest friends. Believe it or not, even more than I am. She is his safe zone. They share all things apart from romantic love. They act as though they'd never have sex. But I know if they were stuck on an island for a month, they would smash on day three. Day three because they'd be thinking about it on day one. On day two they would get over the weirdness. On day three, they would play a game of truth or dare, get drunk and we all know how these stories end. But we act like we don't know. We act like we don't notice how their lives constantly revolve around each other, never quite touching but always present. I will christen her P2.

And how dare my mind almost forget to mention where his love for juice world and their suicidal music sprung up? He calls her Tracy. Ironic, if you actually know the guy. (the rest of you who don't know him can enjoy the familiar taste of ignorance) She broke his heart. She made him believe in love and then burst his bubble. She ended it, saying that she had fallen for someone else (a true empty vessel of a guy if you ask me). I am not saying my friend is a perfect guy. Far from it. He has kicked, and continues to kick, me (a highly cultured female) on the posterior quite a number of times. Let's call this one the noose.

So, you see, this friend of mine, people call him a fuckboy. Because he is good looking and doesn't chase girls but they like him nonetheless. He also listens to juice world a lot and has grown fond of the song that goes, all girls are the same. But why, oh why, do we fall into this lazy habit of assumption (borrowed phrase). The guy is a virgin. Has strict parents. He is sentimental. He doesn't drink or smoke, unless under the peer influence of yours truly. And for the record, I think his apparent distaste for girls is a defence mechanism. He is training his brain to like them less in order to heal from past and any proceeding disappointments. Smart guy.

And recently, by the way, he met this girl. Let's call her woodpecker. I won't go into describing her because I've known her for far too long and way too deeply it would be an invasion of privacy to expose her mysterious personality on any social platform. I do think they are good for each other but also a bomb of unspoken sentiments waiting to explode. Let's wait and see.

Is there anyone who wants to place a bet or that's just me?