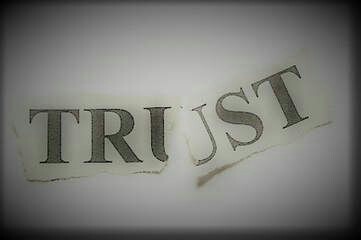 Have you ever felt the pain of betrayal? I know I have.

It is often said that the saddest thing about betrayal is that it never comes from your enemies. The closer the friend, the harder the betrayal hits. This is perfectly logical, but logic does not adequately define what this word truly means. It cannot capture the utter desolate feeling of hopelessness betrayal leaves.

Betrayal leads to an indescribable emptiness. It messes with one's view of the world. Suddenly everyone is someone that you need to be wary of. No one can be trusted. It makes living in the world that much harder, walking around with all your burdens and problems not willing to let anyone help. Why should you? They will just end up making things worse in the end.

Suicidal thoughts, depression, and anxiety may kick in. Life becomes a living hell. You are trapped by your own solitude where the silence is deafening, surrounded by people but not in touch with any of them. Small issues are escalated in your mind. You can't help but overthink situations and blow everything out of proportion to prevent yourself from feeling that hurt again.

Who can blame you? That friend, compadre, amigo, your partner, heck, even the person you believed was your soulmate, stabbed you in the back. Previously, everything just fell right into place when you were around them. Walking around with a skip in your step, you couldn't believe your luck. Everything there was to know about you was all laid bare to them. They knew what made you tick and yet they chose to take advantage of that unique position you put them in, to forsake you in the very ways you cautioned them not to.

What's worse is that to them it didn't seem like much. "Sorry, my bad," they say to you. Some even throw in a chuckle, not knowing that their halfhearted apology can't rectify the irreparable damage that has resulted. Band-Aids don't fix bullet wounds. A fissure developed and nothing can fix it.

But what goes on in the mind of a betrayer? How do they stumble upon the decision to just forsake one's trust? To some it wouldn't even matter, others do it unintentionally, and others fell into a trap set by others and live to regret it every second of their lives. But I wonder who among the three is the worst. Food for thought. Personally, I find the last one most hurtful. It shows there was actually true and genuine feelings of mutual trust and friendship but they made a mistake which no matter how much you try to overlook you just can't bring yourself to. I guess this is where the saying "it's easier to forgive an enemy than to forgive a friend" comes from.

What's my point in all of this? Loyalty is rare. Once you find it, hold it down with all you have to save yourself the disappointments and heartbreaks. Also, be loyal to people who without a doubt never made you question their loyalty.

Betrayal probably won't end anytime soon, but for what it's worth, I hope it happens less and less in our lives.