On The Delicacy of The Lottery of Life 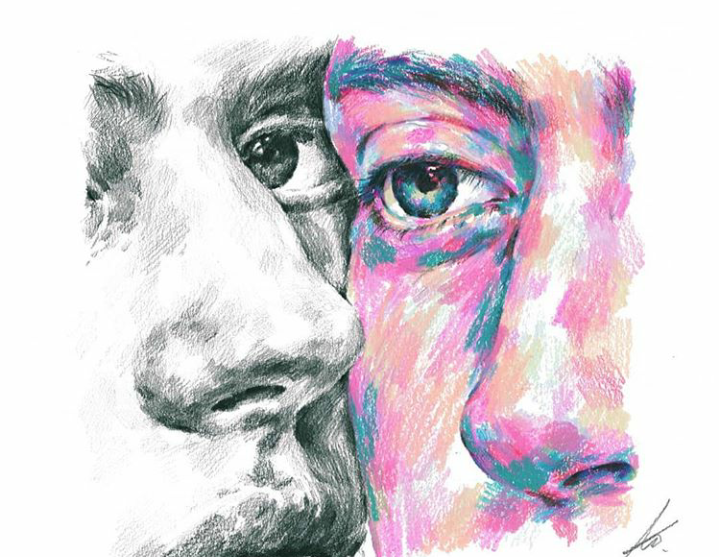 How does it feel to love, and to lose? Raw emotions let loose...

Under that tree she felt hidden by her darkness. The cold curled into the marrow of her bones and the wind blew aggressively into her face. A few raindrops began to fall. She knew what this meant. The trees would be ripped from their roots, barns would topple, houses would be torn apart. That was the black storm; and it was coming for all of them. It was coming for her. Blinking back the tears mystifying her eyes, she knew she would atone for her sins. Sins that were no secret to her but were veiled to the stranger she loved. The sky was falling.

Did his heart ache as painfully as hers did? Did his stomach pinch at the sight of her reddened eyes? Were his feet limp when he felt her panicked struggle for breath? Were his fingers stiff when he could not read her mind? Did his blood race when her lips quivered and tears broke away from her eyes? Her mind wandered through these thoughts. They bothered her like the sound of a wailing bee. She wanted to break through the lead wall that emboldened her loneliness. She wanted to tear out her heart that he may read it like a book but what good would it have done? Even the dust beneath their feet knew that he would turn the other way once he caught sight of the pit within her soul. That was the fate she was condemned to. The fate that they were condemned to.

Despair has as many lives as a cat. it comes walking long after one imagines that it has been effectively strangled. She now knew that it was a slavery no legislation could abolish. She had cultivated solitude and it had thrived into a longing. A longing for silence. A longing to impair her memory. A longing to be stuck in a limbo where everything happened yet nothing happened. Why, you may ask? But that is the vanity of sympathy; you may end up suffering by her affliction. They all thought they understood the way her mind worked but they could neither interpret the threats within her conscience nor the language of the monsters preying on her light. There was no other way, however, he that is down needs fear no fall. That was the delicacy of the lottery of life.

Deep within she knew it had happened. There were no shades of grey; it was plainly black or white, raw or rotten. Mistakes were made and the consequences were vile for her. It was a painting in her mind that retarded her entire functioning. A picture that sucked the blood from her veins and hissed by her ear. A picture that had injected venom into her system that now flowed like it belonged. Maybe she deserved it. Maybe it was a moment of weakness for him. Maybe it was the affinity in him towards her that did not accept to die unsatisfied. Maybe it was the high of intoxication. Maybe it was her trying to twist theories into facts. To run away like she always did yet every piece of that puzzle fit perfectly.

She watched the falcon hovering above them in the sky alone. She herself had no wings, no strength, nothing. In her mind she was a used, dirty, shattered creation that nobody could see past. Again, the weakness, drunkenness, disgust and fear that ran through her body at that fateful moment flashed freshly in her mind. It struck deeper than a double-edged sword. It ran deep. It hurt, her world shook and its walls caved in. This was just a morsel of what she had called a life. It was no longer a battle with herself; blood had been shed and her body was now slowly rotting. Nobody could understand the intensity of her heartbreak or the sarcasm in her laugh-a mockery of the reflection in people's eyes. It was an eclipse and the light was almost completely seized.

There were crevices in her wall of expectation letting the darkness usurp her love for life. It streamed in softly, it's manifestation like a poisonous vine in a fruitful orchard. It was as if she bore a curse. The curse of pain. As she plunged deeper into the abyss of strife, she felt the weight of the iron fist of a tyrant-fate.